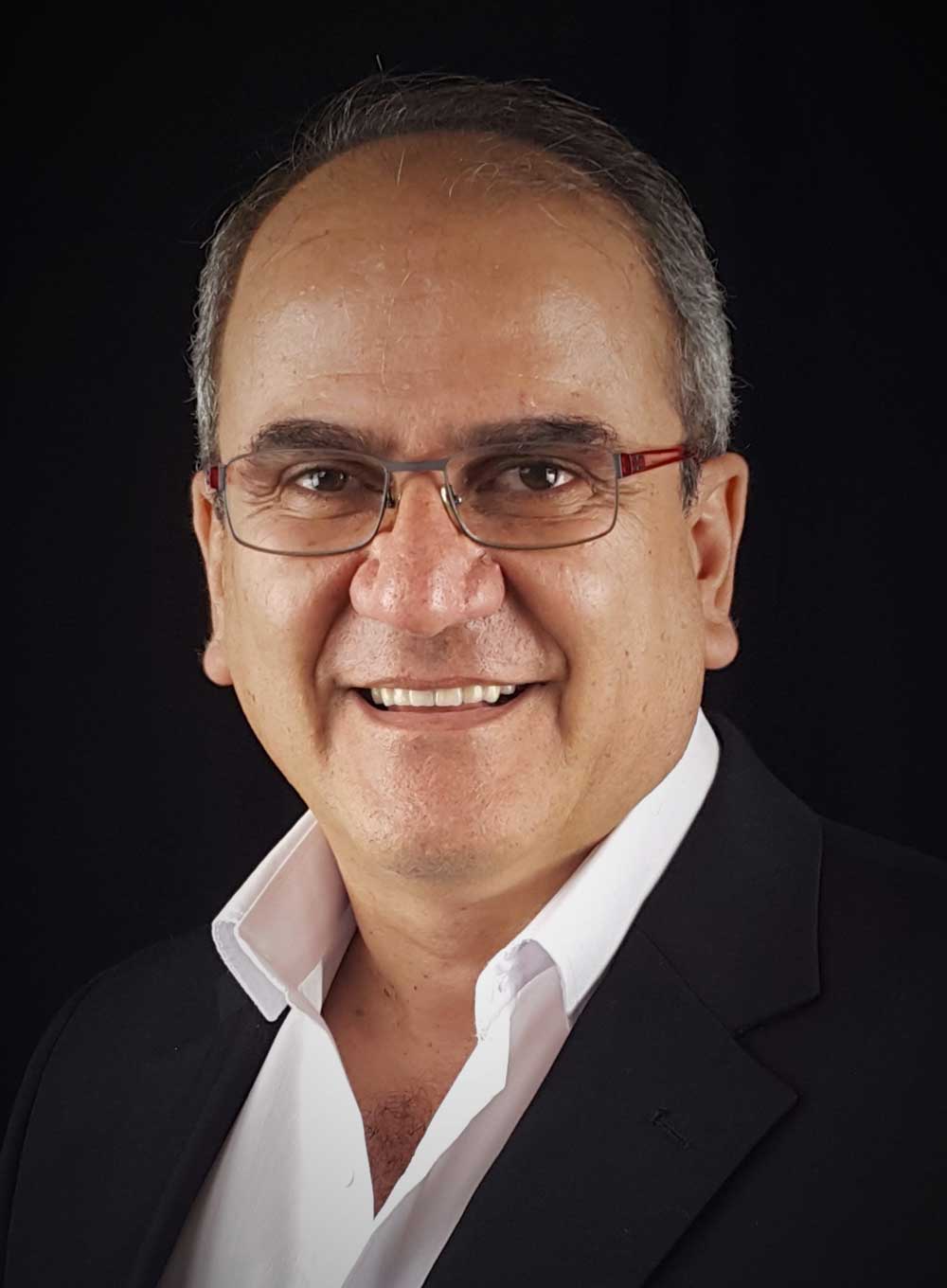 Former head of the restorative and esthetic department at Saint Joseph University Beirut-Lebanon, actually director of the master program.
He graduated dentistry in 1989 and continued his post-doctoral education at Saint Joseph University; he obtained a certificate for basic science in 1993, he completed his specialization in restorative and esthetic dentistry in 1995, and completed his PhD in oral biology and materials in 2009.
He was an active member of the Lebanese Dental Association (LDA) (2006-2009) and was assigned as a general secretary of the LDA in 2009.
At the present, he is a full professor at Saint Joseph University and owns a private practice in his home town Byblos.
He is an honorary and active international Styleitaliano member and the scientific director of this group.
He is the Country Chairperson for Lebanon of the European Society of Cosmetic Dentistry (ESCD)
He is the inventor of Smile Lite MDP (Smile Line, Switzerland) a device to take high quality dental pictures with a mobile phone (Winner of the best of class technology award for 2017 in USA) and Posterior Misura (LM instrument) an instrument for direct posterior composites.
Prof. Hardan has many publications in international journals and has given several international lectures and courses on esthetic, restorative dentistry and mobile dental photography.

This website uses cookies to improve your experience while you navigate through the website. Out of these cookies, the cookies that are categorized as necessary are stored on your browser as they are essential for the working of basic functionalities of the website. We also use third-party cookies that help us analyze and understand how you use this website. These cookies will be stored in your browser only with your consent. You also have the option to opt-out of these cookies. But opting out of some of these cookies may have an effect on your browsing experience.
Necessary Always Enabled
Necessary cookies are absolutely essential for the website to function properly. This category only includes cookies that ensures basic functionalities and security features of the website. These cookies do not store any personal information.
Non-necessary
Any cookies that may not be particularly necessary for the website to function and is used specifically to collect user personal data via analytics, ads, other embedded contents are termed as non-necessary cookies. It is mandatory to procure user consent prior to running these cookies on your website.
SAVE & ACCEPT